With contemporary beats of music, the thrill of vintage noir, and the timid political landscape of Germany, Netflix’s Babylon Berlin has a diverse range of experiences to offer its viewers.

Adapted from the eponymous novel by famed German author – Volker Kutscher, Babylon Berlin quite literally takes you back in time. To the metropolitan city of Berlin in its late 1920s. Here, a young democracy is striving to fend away the clutches of a forgotten fascist regime and the rising threat of the socialist movement. What is Babylon Berlin about?

The tale begins when Inspector Gereon Rath of Cologne is sent to the capital on a secret mission. Plagued by his memories of war, we endure his fears that test his mettle during critical moments. Accompanying him is a bold and smart woman, Charlotte. Together, the chemistry they share creates a mesmerizing narrative that leaves us hoping for success despite the odds stacked against them. 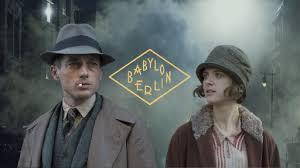 Babylon Berlin, and The Hustles of a Forgotten Past

As a viewer from the 21st century, the stark differences in culture and lifestyle of Germany – technologically ahead for its time, enthralled me. From wooden elevators without doors, to the wonder of flying an airplane! In many ways I was taken to another world entirely.

As is with the era prior to disco, the dance styles are quite intriguing! Not to forget the goosebumps giving musical performances. In many ways, the team has revived the forgotten history of Deutschland. And on a more interesting note, gradually revealed the circumstances that paved the path for the rise of Hitler’s regime leading to WW2. Of which the series is yet to approach that definitive point.

Crimes of The Underworld Explored

The story leaves clever hints and cliffhangers to create a sense of awe with every reveal. From the sheer ambiguity of an antagonist to the morality of our protagonist, the cast does not fail to leave you guessing their intentions throughout the case, as people change sides to win the silent war.

What greatly surprised me is how the balance is struck between seriousness and good-spirited humor – from the peaceful time by the lake to the race against time to prevent catastrophe. 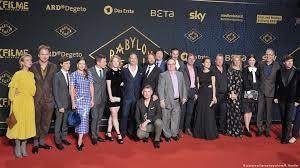 Will the dots you connect lead the way?

While it presents itself as an ordinary detective tale, the organically evolving motivation behind each and every character brings life to Babylon Berlin. All in all making us witness the unspoken yet unmissable transformation that Germany was undergoing.

I stumbled upon Babylon Berlin after watching Dark (another amazing Netflix TV Series). This series has definitely proven to quench my thirst for cinematic brilliance.

I highly recommend Babylon Berlin. Especially if exploring cultures is something you take joy in. Do Netflix it!