Darren Aronofsky, and why he is the hero we deserve!

Share Away!
Darren Aronofsky is a celebrated auteur by all means. The man’s got crazy cinematic visions and has directed some of cinema’s most surreal films. With an eye for visual aesthetics and a disposition towards the unconventional, his take on neo noir is riddled with complex characterisation. Themes of his trade

His films are often viewed divisively, as either being too sophisticated or as the ramblings of a man infatuated with pathos. While poignancy is a theme unilaterally running through all his works, there is a greater heed paid to the relevance of the human condition.

Themes about survival, hope, and desires run amok in his films. This engenders them with a sense of astute understanding of the complex emotions that run awry in our lives.

What’s different about Darren Aronofsky as an artist?

Aronofsky is not someone to underplay the darkness in our lives and is often explicit in showcasing them via bold imagery.

Remember Mother! (2017) And the outlash it beckoned by so called puritans of cinema, the ever so cynical reviewers!

A rich filmography aside and characters that have gone down as cinema’s most remember worthy, Aronofsky’s oeuvre deservedly invites liberal viewing. Art is not limited by a singular perspective. Its beauty lies in the manner it can be construed in different ways. This is where Aronofsky excels – At not paying heed to the naysayers who are a tad bit too unimaginative!

In an age where big studios are benefitting from blockbusters and rehashed film ideas, there is a severe lack of creativity in the midst. Or at least commercially so! As MCU, DCEU, Conjuring verse, Sony dark universe keep up gung ho formulaic productions.

While these have there place and its devoted (including me) viewers, cinema’s originality has to be preserved. In a way that warrants profit for its makers and yet brings new concepts to the table.

Darren Aronofsky is a commercially viable director as his track record has shown, and above all his films have the charm of Indies. Commercial houses can bank on his worth and he can go about exercising art.

Truly, is there a better upholder of the cause?

We have not even discussed his best movie yet! heard of PI (1998)? Darren Aronofsky’s most audacious piece of work? 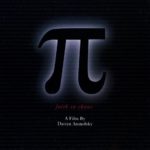 2 thoughts on “Darren Aronofsky, and why he is the hero we deserve!”