Discovery is oft surprising in ways they open doors to realms unvisited before. Movies do this to you! While Get Out (2017) subverted genre expectations, 2020 brought us Parasite. To many of us, this was our induction into South Korean movies. Indeed! Train to Busan (2016), The Host (2006), and Oldboy (2003) are poster films, and probably in our radars if we haven’t watched them already.

The unprecedented manner in which Parasite took centre stage (deservedly so!) and won its 4 academy awards has now pushed South Korean productions into the esteemed ethos of world cinema. 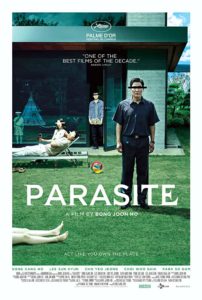 Parasite is not a one time marvel from the land of k-pop, kimchi, natural wonders, and North Korean defectors. And it is certainly not the first film from there to push the envelope and redefine storytelling norms. Truly we live in exciting times, especially us unabashedly ignorant bubs who conveniently skip movies because they don’t speak our language.

Enroute discovering Okja (2017), Memories of Murder (2003), A tale of two sisters (2003), and every other behemoth of movie magic which deserves its own article, I found the one!

Never has a movie beguiled me to this end. Nor have I found myself fantasising theories over the mastery of the plot while it bathed me in a swathe of petrifying nightmares.

Cultural differences aside, no better movie has had me relate with its premise and characters, deeply rooted in a supernatural environment which in no way is endemic to its land.

Never one dimensional and always pulling the rug of surety from beneath you, The Wailing is a mish mash of genres that blend alluringly.

The horror comes from the very archaic concept of horror – fear of the unknown, and in this case more literally so – the fear of the foreign.

What is it about ?

Without revealing too much, The Wailing tells the story of a sleepy South Korean town plagued by unnatural and violent sprees of murder coinciding with the arrival of a Japanese man, a foreigner, whom they distastefully call ‘Jap’.

While explicit themes of supernatural, of the allegorical kind get you intrigued, the overtures of the psychological kind and subverted themes of symbolism keep you coming back for more.

I have had my fair share of horror movies but none so cerebral and visually bewitching. Since my first viewing last week, I have naively found myself binging on the same movie over and over again

Been five viewings now, and I’m no close to closing my chapter with this affair I have so wantonly developed.

I have spent the past week like a madman eating through the threads of reddit, and promiscuously referring to multiple “What the hell happened” explanation on various sites of worth. Unsarcastically so, time spent well.

Why should you watch it?

The Wailing is a movie that tells a different story to each viewer. Not uncooked pieces here and there but the fleshy juicy whole. Each interpretation makes sense and runs synonymously with the “What the hell did I just see” emotion one would wind up with.

In essence,  The Wailing is a story that tells many different stories in a singular story (for the lack of a better phrase) in a way it looks like a different story each time.

Now this is not sheer ambiguity we are looking at. Calling it multiple interpretations would be a disservice to the genius behind the modus operandi. In fact, assigning a modus operandi to The Wailing in itself is a crime, for the movie is best consumed in whatever the hell way you want!

If you are one of the Money Heist binge watchers or on the 5600th episode of some anime, pause. Take a break. Give The Wailing a watch, I am sure you wouldn’t disappoint the movie. 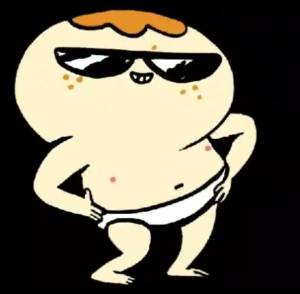 More news on Movies, TV Shows, and Pop Culture at Lost in Noir. Better known as Abhiram, Jinjil is an engineer, amateur filmmaker, full-time dreamer, and a professional procrastinator.
When not rambling about movies and tv shows binged during the week, he is writing about them.